Tooth Mountain Farms believes in protection and adhering to the natural laws of nature. Humans are a very small part of nature, not separate from her. Modern Science often refers to nature as a separate identity than human kind. Nature is all-powerful, super intelligent and the mother of humankind. It is the ego of humans that makes them believe that they are superior to nature. This has created most of the problems of the modern world such a global warming and destruction of natural habitats, ecosystems and environments.

Tooth Mountain Farms wishes to preserve, protect and encourage ancient systems of farming, cultivation and living, using modern technology when required, but not tampering with life and creation. When we cannot create, we have no right to take life and thereby interfere in the higher intelligence of nature, and tamper with her systems, or modify them, which we believe are perfect and cyclical in nature. We only help facilitate those natural systems to develop by themselves on our lands.

Tooth Mountain Farm-stay has e uniquely styled, air-conditioned, suite-rooms with attached bathrooms each named after a flowering tree that grows on the property.

The farmhouse comprises two structures – the main villa, which has two rooms (Palash and Parijat) and the outhouse, which has 3 rooms (Amaltas and Ashmantak share a common verandah, Basant Rani is on their back side). The main-villa has the activities hall with games and the only television set on the property. The outhouse is located next to the swimming pool. 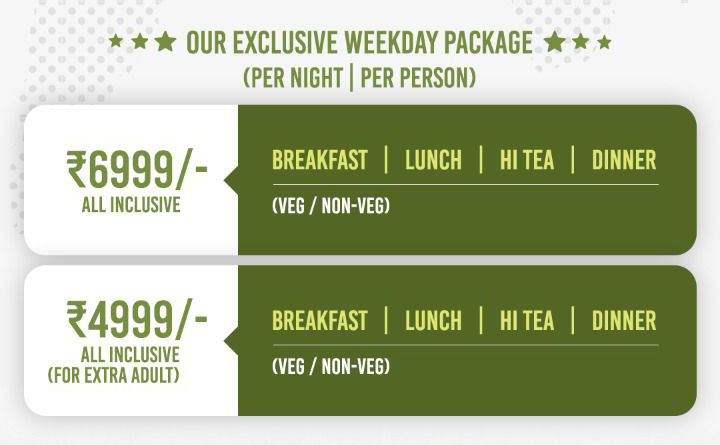